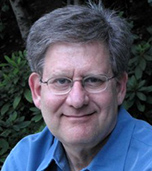 JIM SHER is the founder of the Sher Institute of Astrology and Metaphysics in Los Angeles, CA. He became interested in astrology while studying for his Masters degree in Social Work, and later began to incorporate astrology into his therapy practice, bridging the gap between traditional therapy and transpersonal and depth psychology. Currently he teaches astrology, meditation and philosophy through his institute and also continues to work with individuals as an astrological counselor. Find out more about Sher, his services and Sher Institute courses at sherastrology.com

What got you interested in astrology to begin with and how old were you at that time?

When I was getting my Masters degree I met someone who wanted to do my chart and I agreed. I was very casual about it, but the feeling of it did have an air of familiarity. A year later, on a visit with a friend from college, another person gave me a chart to look at and this time, I kept it and looked at off and on for the next few years. That was weird to me, but I couldn’t let it go.

Things got serious when I was 26 and got a full reading from an astrologer and this time, I was very moved. I felt I knew astrology already and wondered two things: I wondered why I was so certain that astrology was real and then I truly was bewildered as to why everyone didn’t make astrology real. The combination of these two thoughts caused me to feel very weird and different. But it didn’t cause me to doubt what I now had begun to recognize as true and real. From then on I took astrology very seriously and it became a very significant part of my life.

What is your specialty (mundane, natal, financial) and why?

I was trained as a therapist and began using astrology with clients early on in my practice. So, at first I combined astrology and psychology as a therapist. I have studied financial and mundane astrology but it did not fascinate me the way astrology combined with psychological counseling did.

Also, I have come to see that astrology is an incredible tool for increasing self-awareness. This, in turn, has the potential to cause a person to want to begin a spiritual path. In fact, I have seen that astrology itself can be a spiritual path, if approached in the right way. I know that it is rare to regard astrology as having this kind of purpose. But for me it is, as it connects us to Cosmos itself and that changes our consciousness drastically.

What do you think is the role of astrology in the modern world?

I do not expect astrology to become mainstream in my lifetime or perhaps in the next 30 years or more. There are two major reasons:

I would like to add that one reason I began teaching astrology was to attempt to raise the bar of astrological education.

What is your personal ethos regarding giving readings? For instance, do you believe you have a responsibility of some kind to instill hope in a client who may be coming for answers to difficult life crises?

I do not give readings. Also, the ‘consultations’ I give are not monologues nor do I give advice. I gave a lengthy talk at Antioch University that went into the nature of an ethical consultation. I showed that making predictions or even suggesting that one can make predictions is actually dangerous for the client. This shocked the audience. Though many loved the lecture, I attempted to put astrology on a completely different footing.

So, yes, the astrologer has great responsibility for what they say to a client. But, as to the importance of hope? Now the questioner has dived directly into very important issues facing the astrologer or any counselor. The answer to this question cannot be answered in a brief way. Why? Because first one must explore the nature of hope itself. What is it? Is it a lie? Is it authentic? Can a person truly give hope to another person? What is the purpose or value of hope? Does hope lead to understanding or the seeing of a bigger picture? Why do we rely on hope? What does it truly give us? Can we trust it? Do we ever really trust it? These questions are just the beginning of an important examination of the question.

Finally, the interviewer referred to ‘difficult life crises.’  Yes, people often do consult astrologers at that time. And that is itself an important thing to recognize. Why would a person put such faith in an astrologer about such important matters? What are they doing when they engage in it? Do they really listen to the astrologer or are they merely looking for validation for whatever they’re already thinking? And if the astrologer doesn’t tell then what they want to hear, what do they do with that information? Ignore it? How serious does a client really take the words of the astrologer?

And most importantly. How does the conduct of the astrologer determine how seriously their words are taken by their client?

Are you able to make your living primarily from astrology? If so, how long did it take to get to the point where astrology provided an acceptable wage?

I feel it is very difficult to make a living as an astrologer. To do so in the present climate one would need to have many sources of income, such as from talks, books, articles, as well as consultations. Because I owned a business at one time, I do not need to make my living from astrology. My aim is to break even in the sense that teaching astrology is meant to help me pay regular monthly bills at a minimum level. For more than that I would have to do all of the things I have mentioned. It isn’t impossible, but it is very difficult.

Has knowing what’s on the horizon for you astrologically ever functioned as an impediment to your spontaneity — for instance, knowing a potential partner’s chart?

I do not ever feel I know what is on the horizon. What astrology can reveal are probabilities and possibilities. I do not think that astrology is capable of making concrete predictions. What it can reveal is an archetypal understanding of the forces in play in a person’s life. Humans do have the freedom to make choices. The higher the quality of consciousness of the person, the greater freedoms one has as to make optimum choices, ones that lead to a better future than one has in the moment.

As far as examining the relationship with others, or synastry, people frame the question in terms of compatibility. This is unfortunate. I regard this as the wrong question in the first place. The inference of this view is that whether or not something feels compatible is only based on one’s likes and dislikes rather than on the question of what is the value of the relationship — can it contribute to one’s own growth as well as to the other person’s.

Therefore I do not assume that looking only at the chart of the other person will tell me how the person is manifesting that chart. So, no, it does not limit me or reduce my spontaneity. Astrology does not prevent me from enjoying the mysteries of life and its constant surprises.

What do you say to people who say they don’t believe in astrology?

It depends on who is asking and how serious they are about their question. If they are not really inquiring into it as your question implies, then it not an important matter for them personally. Their opinion is not important, as it is just a mere opinion. So, I tell them I don’t know much about astrology and that ends the silliness quite quickly.

If, on the other hand, it is an important matter to the questioner, then I enjoy going into it with them. I tell them that if one studies astrology, it is probably because they ‘believe’ there is enough to it that they feel it should be explored. Why would anyone study astrology if they didn’t feel it was likely that it had some validity? Belief is perhaps necessary in the beginning.

But when one studies it sufficiently, then it is possible for belief to give way to knowing. I do not believe in astrology anymore. But, even so, it does remain an amazing mystery to me. Its secrets sometimes unlock themselves to me and at other times, I just don’t understand. The approach towards astrology is an important matter. I try to approach it as a sacred, magical study that can be grasped not just mentally, but within one’s own Soul. We are changed by what it reveals to us, when we are given such a gift. We study and put in all kinds of effort and then we humbly wait until more is revealed.

“I” am not a sign. My chart is composed of a complex interplay between the Sun, Moon, planets, signs, houses, aspects, and much more and even the sum total of all of that, is not “Who I Am?” My answer is not meant to be inflammatory, but that question is enormously misleading. Of course, it is common for people to ask such things, but it is coming from a severe misunderstanding of what a chart is. In other words, with all due respect to the questioner, this question is one of the ways that astrology becomes trivialized.

This interview is part of The Stargazers series.