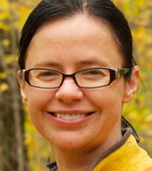 NADIA GILCHRIST is a Canadian astrologer and tarot reader who has been practicing professionally for 19 years. Her work is focused on practical solutions because, as she says, “I believe that past lives, karma and spirituality are valid and powerful, but not much use if you can’t make sense of them in the context of your daily life.” Read her well-written and exceptionally useful weekly horoscopes and astrological essays — and find out about her consultation services, too — at her website Ruby Slipper Astrology.

What got you interested in astrology to begin with and how old were you at that time?

I think I was in my early thirties. I was having some difficulties in my personal life, and was trying to understand events that felt like they were beyond my control. So you could say I was initially drawn to astrology as an attempt to impose order on chaos, although now I see that “chaos” is really in the eye of the beholder.

What is your specialty (mundane, natal, financial) and why?

I’m interested in the impact transits and progressions have on personal lives.

What do you think is the role of astrology in the modern world?

The same role it’s always played: it gives people a context to put fear and change into, while allowing them to understand their reactions to fear and change.

What is your personal ethos regarding giving readings? For instance, do you believe you have a responsibility of some kind to instill hope in a client who may be coming for answers to difficult life crises?

I want to empower my clients by presenting them with the facts, and then encouraging them to make their own decisions. I try to balance hope with reality, and a large part of reality is accepting what’s happening in real life. Astrology is an adjunct to real life. It’s my job to tell the truth about what I see in the charts, but at the same time, I try to give my clients some tools to work with (based on their natal potential, and how that interfaces with real life). Not every situation is going to work out the way a client wants it to, but I do not believe that anyone is “doomed” to be unhappy.

Are you able to make your living primarily from astrology? If so, how long did it take to get to the point where astrology provided an acceptable wage?

I first launched my business in 2010 (although I’ve been practicing for 19+ years). I would say the wage I make now far exceeds my expectations.

Has knowing what’s on the horizon for you astrologically ever functioned as an impediment to your spontaneity — for instance, knowing a potential partner’s chart?

Nope, never. My heart and instincts always dominate. I look at the charts after the fact, and so far they’ve always supported what’s happened.

What do you say to people who say they don’t believe in astrology?

Nothing! Everyone is entitled to his or her opinion, and I’m not here to prove astrology’s merits to the skeptics. Those that do believe in astrology end up crossing my path, and that’s good enough for me. 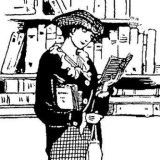 Steven Robins STEVEN ROBINS has been an astrologer for over 25 years. Based in Santa ... Peter Stockinger PETER STOCKINGER first trained as a Cosmobiologist in Austria, continued ... Jim Sher JIM SHER is the founder of the Sher Institute of Astrology and Metaphysics ...